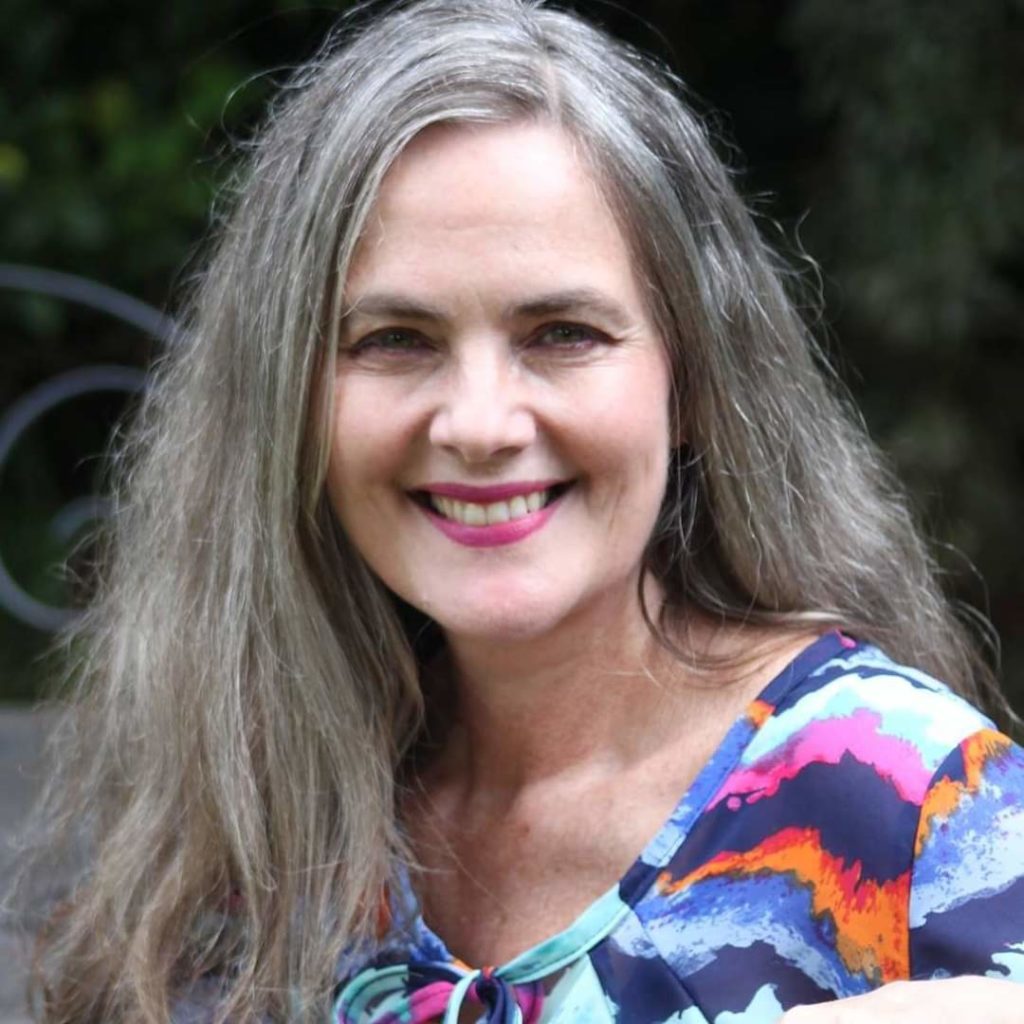 Pamela was born in Pietermaritzburg, South Africa on the 4th August, 1968. She was educated at the Dominican Convent School in Harare and Bulawayo in Zimbabwe, and finished her secondary education at Sacred Heart College in Johannesburg. She completed her B.A. in English and Drama Studies at the University of KwaZulu-Natal, Pietermaritzburg in 1988 and then went on to do her Honours Degree in Drama Studies in 1991.

She trained as an AIDS counsellor and worked with a drama in AIDS education company based in KwaZulu-Natal, called DRAMAIDE for two years during 1993 and 1994. She was part of the young people’s theatre company at the Civic Theatre in Johannesburg during 1995 and 1996 and also got involved in stand-up comedy during that time. She started her own educational theatre company in 1997, and landed contracts with Rand Water, BHP Billiton and Anglo Gold. From 1998 – 2003 she also taught acting, directing, voice and script-writing at the School of Dramatic Art at the University of the Witwatersrand.

In 2001 she worked as a part-time director for the television show, Top Billing and in 2003 she began working as a scriptwriter for local soapie, Generations. She left Generations in 2004 and moved to Muvhango where she worked as a scriptwriter and script-editor until August 2017. During her time at Muvhango, she has written approximately 500 scripts and edited around 2500 and has seen the show go from two days a week to a fully-fledged five day a week soapie with a viewership of over five million. In 2017, she moved to Imbewu – The Seed where she worked as the script editor on Season One of the new production. She was also part of the original writing team on Rockville and Uzalo and has written episodes of the sitcom Gauteng Maboneng in addition to being script doctor on the movie, A King’s Heart.

She graduated with an M.A. in writing from Wits University in 2006. As part of her masters, she wrote a screenplay, wrote and directed a musical and wrote two chapters of what was to become her first novel, Ms Conception. Ms Conception was published digitally by eKhaya (an imprint of Random House Struik) in 2012 and was released in hard copy by Penguin Random House South Africa in 2015. Her psychological thriller Things Unseen was released by Clockwork Books in October 2016 and her domestic suspense, Delilah Now Trending was published in April 2017 by Penguin Random House South Africa. Delilah was chosen for the Exclusive Books Homebru promotion, and Things Unseen was optioned for television in February 2018 and is in development. Pamela has just finished a stint at WITS University where she taught screenwriting, and she still works as a TV scriptwriter on two local shows.  She is currently editing her latest psychological thriller The Sick Room in addition to working on a screenplay adaptation of Letlapa Mphahlele’s memoir Child of This Soil.

Pamela has two children and one husband and lives in Johannesburg. You can find her on Twitter @pamelapower.