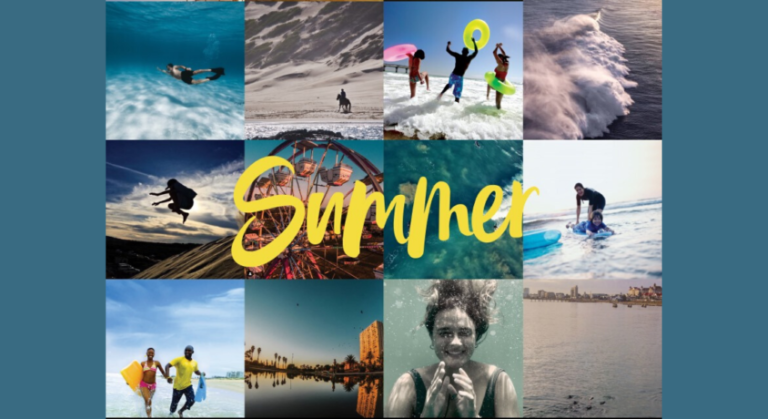 Nelson Mandela Bay, an excellent value-for-money-family-fun-in-the-sun-holiday destination, named after Nelson Mandela – humanitarian, freedom fighter and world icon of peace – is located 763 km east of Cape Town, is regarded as the “official” gateway to the scenic Eastern Cape Province and the world renowned Garden Route and is sometimes referred to (by the people who know her best) as the “friendly city” or the “water sport capital of Africa”

Nelson Mandela Bay, home to Port Elizabeth, Uitenhage and Despatch is the only metropolitan area that was allowed by the former president to bear his name. By adopting his name, the metro strives to align itself with the “spirit of freedom” eminent in the life and life-long philosophy of this great man.

The estimated population of Nelson Mandela Bay comprises over 1, 5 million, making it South Africa’s fifth largest city in terms of population and the second largest in terms of area.

If your interest is sea life, go on a boat trip and experience close encounters with our “in-bay” seals, whales, dolphins and even ragged-tooth sharks. If lazing on the beach is your idea of fun then this is the place to be. Nelson Mandela Bay received the “Cleanest Metro in South Africa Award 2002” and “Blue Flag Status” has again been awarded to Humewood Beach for the 2002/3 season. This is an international award only given to those beaches that meet excellence in safety, amenities, cleanliness and environmental standards.

Another draw-card to the metro is the charming architectural profile which follows a chronological historical pattern through out the city – starting with Victorian styles, followed by art nouveau, art deco and modern buildings. The biggest number of art deco buildings in South Africa is to be found in the city center of Port Elizabeth!

The active tourist can enjoy the excitement of the Boardwalk Casino and Entertainment World in Summerstrand; boasting a full mix of family fun, entertainment, shopping, dining and gaming. Other entertainment options in the metro include cinema complexes, numerous sophisticated shopping malls, restaurants to suit any palate, a vibrant nightlife as well as annual and seasonal festivals and events.

The metro “townships” that came into being because of the apartheid laws, are steeped in history, tradition and culture. From their humble beginnings, they have flourished into hubs of activity and social life:. the feeling of “Ubuntu” (meaning ‘Humanity’ in Xhosa) surrounds their very existence. Visitors may opt for a selection of exciting social, historical and traditional township tours.

In addition, the city and environs offer a wide selection of attractions; the sheer diversity of which will excite and delight one. These include a rich historical heritage as well as nature-based eco-offerings, activities and experiences. The area supports the most diverse array of vegetation types in South Africa; six of the country’s seven terrestrial biomes (bio geographic areas) are represented in the Eastern Cape!

As gateway to the Western Region of the Eastern Cape, the metro is the perfect complement to the many scenic tourist routes that emanate from it. These include the Sunshine Coast, Frontier Country, Sundays River Valley, Kouga / Tsitsikamma / Garden Route as well as the Karoo Heartland Routes and Route 62.

Nelson Mandela Bay is also the gateway to more than a million hectares of the malaria free game reserves of the Eastern Cape. This includes the Addo Elephant National Park, 72 km North of the metro in the Sundays River Valley, as well as numerous private and upmarket reserves offering the ‘big five” experience.

The infrastructure and accommodation facilities in Nelson Mandela Bay make this the perfect basis from where to experience and explore what the metro, the region and the surrounds have to offer. The constructive efforts of the local Town Council to make the metro one of the most growth-oriented cities in the “new” South Africa are eminent in the sound infrastructure, sophisticated services, communication systems and health care services available.

The financial infrastructure of Nelson Mandela Bay is also well established. All the major banks, building societies, insurance companies, as well telephone companies, have their provincial regional offices in Nelson Mandela Bay. They are connected with all the major financial centers of Southern Africa and the rest of the world. Their managements have international exposure and their administrations are based on the most advanced technology.

The port of Port Elizabeth, with its proximity to heavily industrialized and intensively farmed areas, has facilities for the handling of all commodities – bulk, general and container cargo. Being the centre of the country’s motor vehicle manufacturing industry, the port imports large volumes of containerized components and raw materials for this industry. Today employment in the metro is mainly by the automotive, auto component, food, pharmaceutical, tourism, agriculture, textile and rubber industries. Nelson Mandela Bay has been dubbed the “Detroit of South Africa” while Uitenhage is host to Volkswagen SA, Port Elizabeth is home to Delta Motor Corporation.

Many formerly unemployed people have found work in South Africa’s first industrial development zone (IDZ) 20km east of the Bay at Coega where a deep-water port is currently under construction.

In other words: Whether your interest is wild life, sea life, agriculture, adventure, business or history, you will find Nelson Mandela Bay to be a perfect and exciting destination.